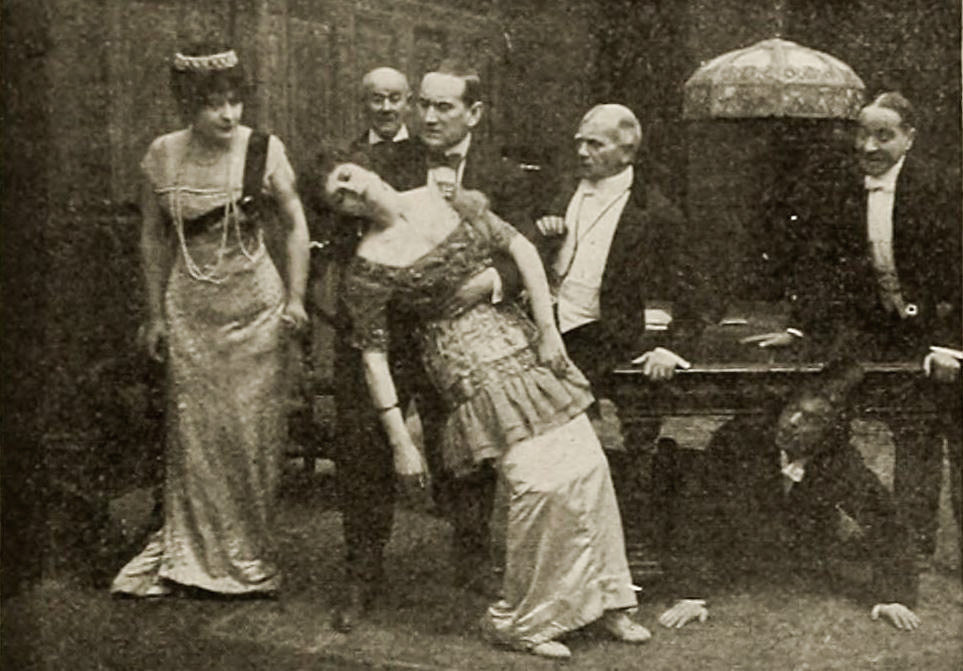 Uncle Bill (1914) Storyline : On his way to New York to visit his relatives, the Masons, for the first time, Uncle Bill meets "Oiley" Curley, a crook. John Mason, Uncle Bill's nephew, is candidate for Governor and, on the eve of Uncle Bill's arrival, Mason and his political constituents are in secret conference with Murray of the money powers. Meantime, Julia, Mason's wife, goes on a little joy ride with Jack Trent, husband of Vivien, her friend who is on a joy ride with Mason's father, a delightful old rogue. Gladys, Julia's hoydenish sister with whose photo Uncle Bill has previously fallen in love, is left home alone. While she is reading "Oiley" enters by the alcove window and hides. Uncle Bill, on his arrival m town, stops at the "café," recognizes Julia as she passes him to enter the café with Jack and follows them in, taking a seat nearby. Vivien and Mason, Senior, enter and take a table back of Uncle Bill's, separated from him by palms and a screen. Julia and Jack, annoyed by the stranger's (Uncle Bill's) ... Written by Moving Picture World synopsis .